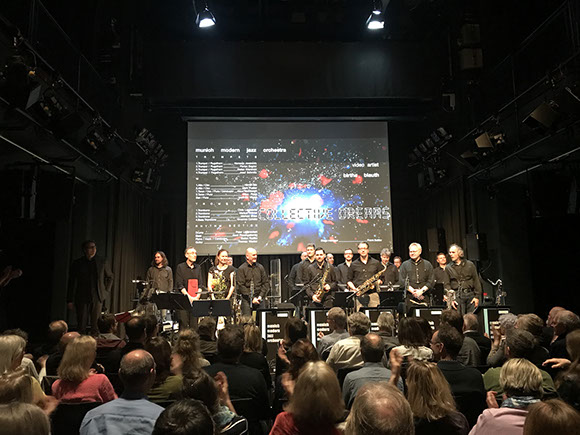 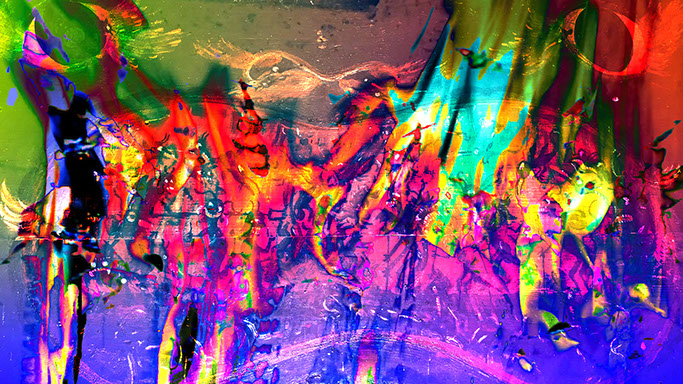 A crossover of orchestral jazz arrangements of music by the well-known band Radiohead was arranged by the international arranging collective of the Lawrence University Conservatory of Music. The high emotionality and complex content has led the video artist Birthe Blauth and the munich modern jazz orchestra to develop the multimedia crossover project „Collective Dreams“. Nine titles were selected and placed in a dramaturgical context. The specially created video work spans an arc in nine chapters in artfully composed pictures. From image noise, a world is formed and the cycle of life begins: beauty and growth, change, destruction, decay and transformation. Nothing is explainable or predictable. Familiar pictures turn into unreal ones, from which new picture worlds emerge again.

During the one-year development phase, it was essential that it should not become a normal concert with interchangeable titles and typical VJ pictures. Birthe Blauth and the munich modern jazz orchestra have developed a new, very elaborate approach. Collective Dreams has a beginning and an end like plays or movies. In between there is an associative story in image and sound. No piece is interchangeable. Every picture is thought through.

A world emerges from image noise and the cycle of life of man and nature begins. Love and trust as well as aggression and destruction are part of it. One changes into the other. In the middle everything burns in hellfire. From this the phoenix rises as a symbol for rebirth and immortality and flies over snow-covered forests to a mountain peak. But also the mountain landscape dissolves. A cosmonaut appears and flies into space. Pulsars dance. Microcosm and macrocosm mix. The world dissolves and the journey goes through a wormhole into endless fantastic galaxies.